MALAYSIA must ensure a stable political climate to remain an attractive prospect for foreign direct investments (FDIs), according to analysts.

Centre for Market Education CEO Dr Carmelo Ferlito said political stability is one of the most important elements in attracting investments, as it gives clarity about the political economy direction and a sign of clear commitment.

“Obviously, in case that direction is perceived as wrong for the economy, investors will not jump in.

“Investors need signals of stability, but also of commitment to a reformist agenda aimed at creating the right ecosystem for them in terms of regulation, access to the financial system and the labour market,” he told The Malaysian Reserve (TMR).

Ferlito said currently the debate is focused on elections and this is impeding a necessary debate on the hard decisions needed in terms of policy.

He opined that what is probably keeping investors at bay is not instability, but the lack of a clear economic agenda and the lack of vision.

“I am an advocate for early elections because, at the very least, the parties would be forced ‘to show their cards’, to expose their manifesto for the future of Malaysia.

“On that basis, voters could make their choice,” he said.

Ferlito said in the last few years, the investment ecosystem deteriorated due to a series of reasons.

For example, he said, procedures applied on the ground by the banking system just to open a bank account have become extremely lengthy and can take up to six months.

He also noted that too much discretion is given to officials regarding the employment of expatriates, where the labour legislation becomes too restrictive.

“The government’s heavy hand on the economy increased with measures such as price ceilings.

“I think we really need a U-turn in terms of strategy and vision,” he said.

He said in turbulent times like now, investors are looking for countries that are expected to retain or at least marginally increase the value of their investments.

“However, if governments are already dealing with global catastrophic events and facing political instability, there is no hope for businesses to survive.

“This will indefinitely (scare) the investors away,” he said.

He noted that if this happens, investors are in a fix, unable to put forward future business plans, afraid of rising costs in the future affecting their production, sales and marketing.

In terms of attracting more FDI, he said Malaysia must instil confidence among investors that there is scope for sustainable economic growth in the country.

“To do so, Malaysia must aggressively encourage the environmental, social and governance (ESG) principles in its business environment, monitor domestic inflation and place greater importance on structural reform.”

During a question and answer session in the Dewan Rakyat on Oct 4, he said the government will give more focus on encouraging investments into emerging industries, as well as implementing the National Investment Aspirations framework to attract high-quality investments.

He noted that the external corporate credit risks remain manageable, adding that there is no easy or quick fix for the ringgit’s weakness against the US dollar.

To recap, Malaysia attracted a total of RM123.3 billion worth of approved investments in the manufacturing, services and primary sectors involving 1,714 projects for the period of January to June 2022 (1H22), according to Malaysian Investment Development Authority (Mida).

FDI remains the major contributor for the total approved investments at 70.9% or RM87.4 billion, while investments from domestic sources contributed 29.1% amounting to RM35.9 billion.

The approved investments for this period will generate 57,771 new jobs in the country. The services sector assumed a significant role towards driving the country’s economic recovery, securing projects worth RM78 billion for the first half of 2022, compared to the RM52.4 billion it gained in 1H21, a sizeable increase of 48.8%.

According to Mida, Malaysia remains steadfast in its fundamentals as the pre-eminent preferred investment destination in the region and set to catapult the nation to stage its most robust recovery as it enters the stage of endemicity.

“As we forge ahead on the path of economic revitalisation supported by ongoing policy reforms and accelerated digitalisation, the government remains committed to prioritising the needs of our people and businesses.” 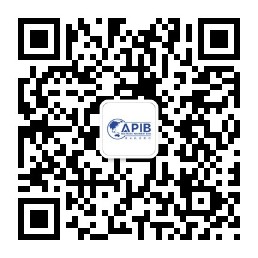